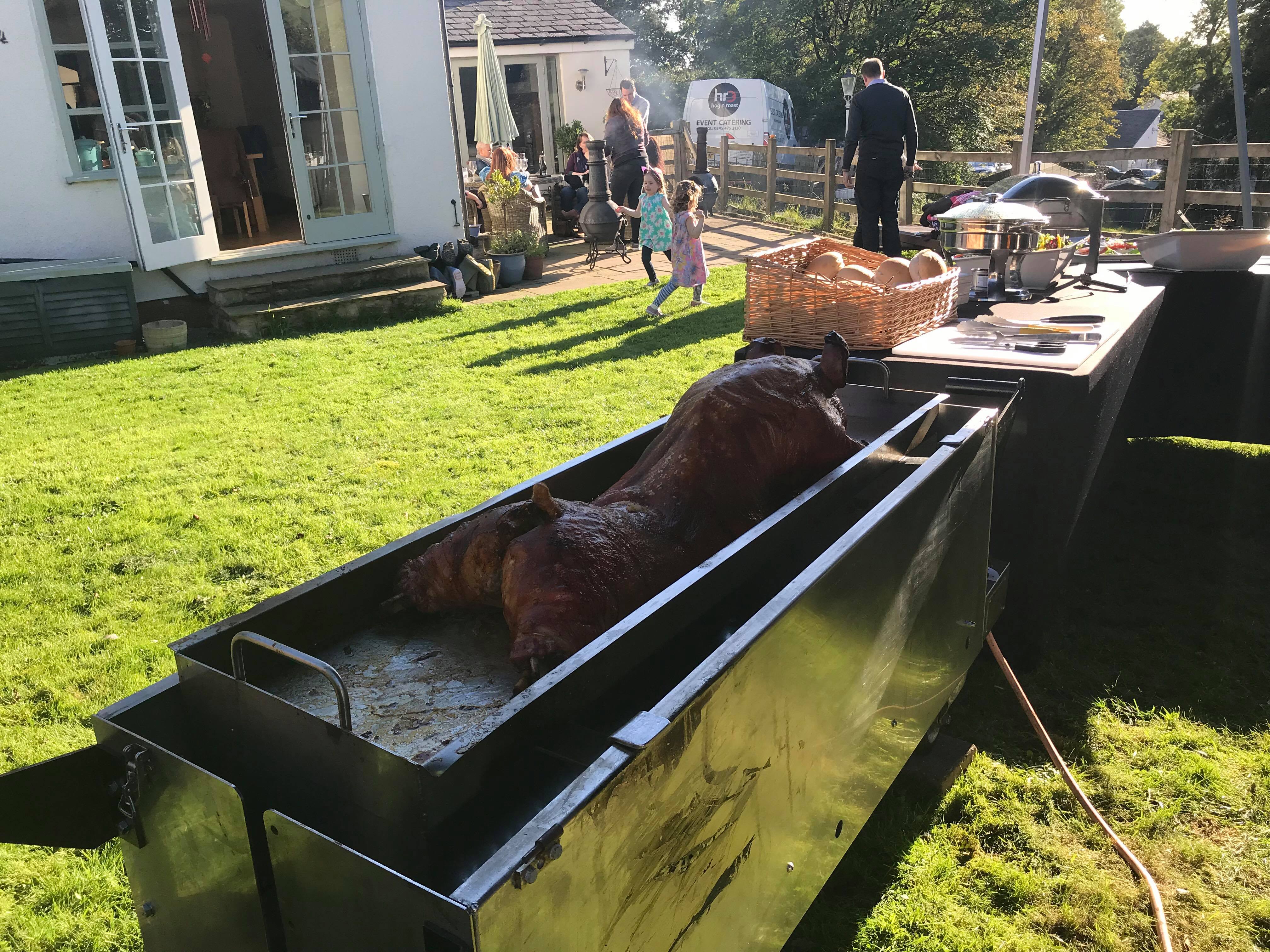 Our catering team  Smokin’ Joes Hog Roasts was catering a 50th birthday party for the lovely John on Friday! He was celebrating his 50th birthday, and his beautiful and lovely wife who wanted to organize everything for him to make sure he had a great day which included letting Smokin’ Joes create and prepare the hog roast food for his surprise guests that evening.

We arrived at the family home at around 1 pm in order to get everything set up and be ready for an 8pm serve time. In order to keep the party a surprise for John, his daughter and son had taken him out for a birthday lunch.

The house and garden were already secretly being decorated with old photos and trimmings. His grandkids put up banners and balloons everywhere and we saw a big birthday cake his wife has already prepared.

Our team prepares the freshest, the tastiest, delicious salads that goes superbly well with the hog roast! This particular menu can be seen on our website

For the vegetarian guests we prepared a home made vegetarian chilli which were served with wraps, cheese and mayo.

So, we prepared and set up everything, and the guests were in their places! When John arrived with his daughter and his son, he was so surprised and in shock! He loved it so much! He thought the lunch and time with his kids was his birthday present, and was totally in shock at the turn out of his frends and the effort that had been made by his family in creating such a lovely event!

After serving the hog to John and his guests leaving every one full and happy, dancing and having a good time at the party, it was time to sing ‘happy birthday’ and the beautiful birthday cake was brought out. Our team took this time to discretely tidy all the equipment, leaving everyone to enjoy the songs, cake and the rest of the party. Yet another fantastic hog roast event covered by Smokin Joes.